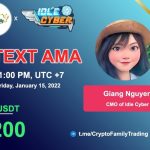 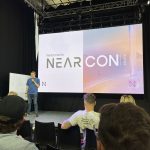 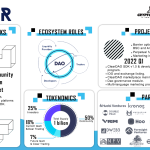 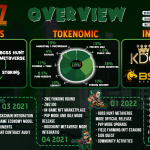 On 29th January 2021, we had an AMA with NEM – will create and sustain a strong and viable ecosystem that connects and benefits individuals, developers, businesses and society.

At this AMA session, Head of Trading of the project – Mr Nick Pelecanos went live to greet the community and provide detailed information about NEM as well as several key products and ourstanding features.

Hereafter I will summarize some main points of the AMA session:
Part 1: Introduction of NEM

CF:  Are you ready @nickpelecanos ? Let’s start with some ice-breaking questions right now!

1. To kick off today’s AMA, please introduce briefly about your team and the NEM ecosystem.

Mr Nick Pelecanos: NEM is one of the oldest blockchains and is one of the few that has had no protocol level security issues, downtime or lost assets. Originally just an idea on the Bitcoin talk forum NEM has grown to be one of the largest blockchain ecosystems in the world. In 2020 NEM had its governance handed over from the NEM Foundation to NEM Group, within NEM Group there are 3 subsidiaries NEM Software, NEM Trading and NEM Ventures. NEM Group has drastically increased the size of the NEM community in its short time of governance and has created more than a partnership a week. NEM is about to release its new Blockchain Symbol which will be a market leader in both usability, interobality speed and innovation. NEM was the best performing asset in the top 20 assets by market capitalization last year.

CF:  Wow that’s so impressive. I suppose with its newly launched products in the ecosystem, NEM will get to top 10 by market  soon.

2. Please share some important milestons as well as big partners of NEM during its development process.

Mr Nick Pelecanos: The NIS1 blockchain from NEM is one of the oldest blockchains and one of the very few with no down time and no hacks, I view this as a major achievement. The world’s first CBDC was also issued on a combination of a private chain Symbol and Public Chain NIS1 by an EU Central Bank. NIS1 and Symbol are highly scalable, easy to build on and can be coded with several languages. Symbol will also have a large focus on interoperability cross chain swaps and hybrid blockchain deployments while continuing to build on the friendly developer experience that NIS1 set in motion – making it easy to pick up and use, faster time to market and no proprietary language upskilling required.

CF:  About NEM’s partners, can you list a few big names?

CF:  We get it. Your partners list ranges from America, Europe to Asia, almost all around the world!
3. Can you share with us the latest news and recent updates of NEM?

Mr Nick Pelecanos: The first CBDC was issued using NEM technology, the XEM token is the most profitable token to liquidity mine on centralised exchanges using Hummingbot, stXEM was recently launched allowing XEM holders to access DEFI on Ethereum whilst also earning the supernode reward just for holding the token.We have many partnership announcements coming out soon and most important of all we are releasing our new blockchain Symbol where 1xem=1xem+1xym

CF: Thanks for the above fruitful information! I believe all the members here would love to hear more about the project, and they have many questions submitted to our Google form and Twitter today. To continue today’s AMA session, please provide more information by responding to 5 best quesitons I have chosen for you @nickpelecanos

CF: 1. Tell me some key features or products that make NEM stand out from other projects. What are the goals of the project in the near future? @Mariana08036

Mr Nick Pelecanos:  So NEM Is the ecosystem that includes Synbom and NIS1, I will include both in this answer.

On-chain multillevel multisig allowing you to replicate the sort of delegated financial authority you see in large organisations is a good go to.

Retention of _failed_ transactions allowing for auditability of things that should of happened but didn’t, like a multisig tx that failed to accrue the necessary transactions.

Aggregate transactions allow for the execution of multiple transactions composed as one transaction, meaning every transaction included must go through, or none do. This allows for trustless asset swaps and trustless escrow between multiple parties which is clearly useful for DeFi. It can also facilitate the payment of chain fees on behalf of another user, making it possible to abstract the blockchain component from the end user which is a huge jump for mass adoption

We support on-chain namespaces (similar to NIS1) and sub-namespaces, this works similar to the Domain Name System or other chain’s layer 2 solutions, allowing the use of human readable addresses on chain (similar to FIO for example but specific to Symbol). They can be registered and connected to accounts, assets or other data items, right in the wallet with a few clicks, similarly assets can be issued and account/asset restrictions configured and viewed in the wallet, there is no need for complex smart contracts, audits and other complexities present outside Symbol. It is basically easy to use.

Friendly developer environment, Symbol uses industry standard, enterprise grade components with templated transactions. This means it is easy to pick up for developers and they can keep using the language they are comfortable in, or a REST connection if preferred. Ultimately making it quicker and easier to develop on Symbol and get a product out to market.

The main goal is to launch Symbol, In terms of plans after launch – a roadmap will be communicated publicly before launch, keep an eye out for some exciting new features. In addition to enhancing the already full feature set, naturally we will be facilitating mainstream adoption in Defi/Dapps, Enterprise usage and Regulated markets.

CF: Thanks for a very detailed answer. Through it, members have gained deeper insights of Symbol and NIS1 in the ecosystem!

2. Currently NEM ($XEM) has been ranked 22 by Coinmarketcap. What are your plans to get NEM to higher rank and expand the NEM ecosystem ? @DB1112

Mr Nick Pelecanos: XEM ranges around 15-20 in the market cap. We witnessed a sell of in price when the delay of snapshot was announced. However, testing is nearly complete and we will be announcing new date for Snapshot and Symbol launch shortly, which will add momentum back in the price. Historically Cryptos see an aggressive run up in price before a big fundamental event like we will witness with Symbol launch. Beyond that, I believe the adoption of Symbol will be strong which will help consolidate its position the market cap.

CF: It will be ranked a lot higher after the new launches!

3. NEM will do Airdrop for Holder, what is the purpose of releasing new tokens along with the new mainnet launch for XYM? does it affect the NEM ecosystem?
Why we must store XYM on different wallet? @HiggoMiggoo

Mr Nick Pelecanos: Technically its not an airdop, but for simplicity of understanding lets go with that. The primary reason is that Symbol builds upon the feature set of NIS1, however it is also an entirely new, incompatible codebase so could not be an upgrade (similar conceptually to Eth1.0 vs Eth2.0). You cant store XYM in the same wallet as Symbol is a separate network and chain. Symbol and NIS1 will run in parallel and diverge completely at the Genesis block. Token holders on NIS1 can choose to participate in the new network or not, we know some projects intend to continue running on NIS1 as it meets all their requirements, others will move to Symbol for their own reasons.

The primary benefit is that it is a fair way to launch the new network, involves no token sale/fundraise and because it requires a conscious action to be involved, existing XEM holders can choose if they wish to or not, rather than receiving a forced allocation of tokens as with some other launches.

It will affect the ecosystem by making it stronger and more dynamic, allowing for more business and users to build products. Hopefully we see some good projects out of Vietnam!

CF: Sure it will attract many investors and businesses who want to apply advanced blockchain technology to their products!

4. Why NEM uses a new consensus mechanism is Proof of Importance (PoI). How is PoI different from PoW, PoS? What problems does the strength of PoI help NEM solve? @binhbinh1216

PoI is a modified NXT Proof of Stake mechanism, essentially adding a reputational component to PoS score. This allows for things like on-chain voting based on not just financial stake but also participation in the network as a good actor. Symbol builds on this with a mechanism called PoS+ which is very similar but makes the reputational score calculation more efficient and more highly scalable. It differs from PoW in similar ways that PoS and PoW differ, it is easiest to view it as an enhancement of PoS. Simplistically POI makes it easier for decentralized governance.

CF: Now, let’s move on to the last question of Part 2

5. We all can see that NEM is one of the oldest blockchains, so what difficulties have you encountered in the process of community development, and what are the current main competitors of NEM? @Anakyl1

Mr Nick Pelecanos: community for nem has grown organically since its inception. Last year we started a social mining community with DAO Maker which has been a great success. Running liquidity mining with Hummingbot also allows us to further decentralize the governance and grow the community. I dont really view other protocols as competition rather, i believe in the future we will all end up being interlinked to create web.

Question 1 from @ginliopz: Are you a global project or local project? Can anybody anywhere use Your project without any restrictions?

Question 2 from @Nickkiii: Vast majority of Crypto projects are built just for the sole purpose of amassing wealth for themselves. So, I want to know the value you aim to add to crypto industry that will bring greater abundance to the industry?

Mr Nick Pelecanos: XEM has never conducted any capital raising and the majority of funds are locked in a core trust which can only be spent on growing the ecosystem

Question 3 from @FortWilliam: “STAKING” is one of the STRATEGIES to ATTRACT USERS and ACHIEVE MASS ADOPTION.
Does your GREAT PROJECT have plan about Staking?

Mr Nick Pelecanos: Some questions about staking. Yes NIS1 was one of the first blockchains to offer staking, if you dont have enough XEM to run a supernode you can use stXEM which is an ERC20 version of XEM which will pay you the staking reward whilst also allowing you to access defi as it is an ERC20 token

Question 4 from @mikeBARRO: How important is the community to Your project? and how can we collaborate or help share token for the development of the project?

Mr Nick Pelecanos: we also partnered with several staking companies that will allow you to access XEM staking pools

Question 5 from @fmlkfi9e: One of the biggest issues for dapps is onboarding. What solutions have NEM team found to try to resolve this problem?

CF: Thank you so much for taking your time to join our AMA today, as well as thanks our members for rasing hundreds of good questions for NEM project 🔥🔥🔥 NEM is one of the best project that I have known. We will continue to support your team. Thanks so much for your try.

Seems like there’re many things to learn more, but I’m afraid the time is up now. For all of the questions that have not been answered yet, guys feel free to search for more information on the links provided below: 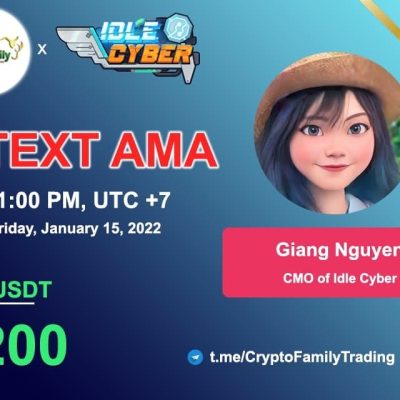 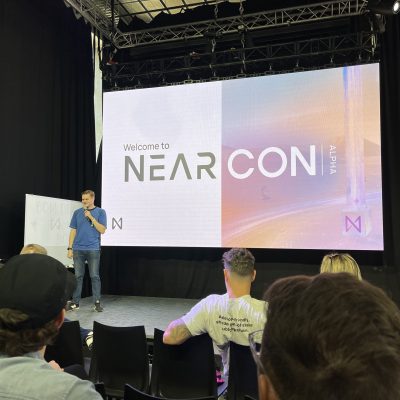 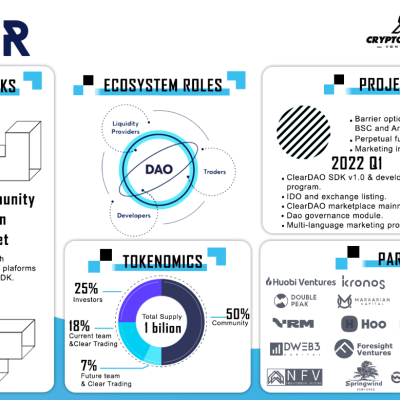 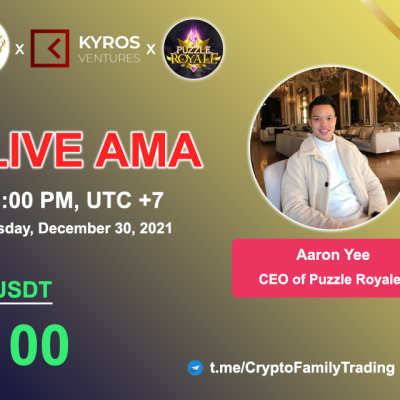